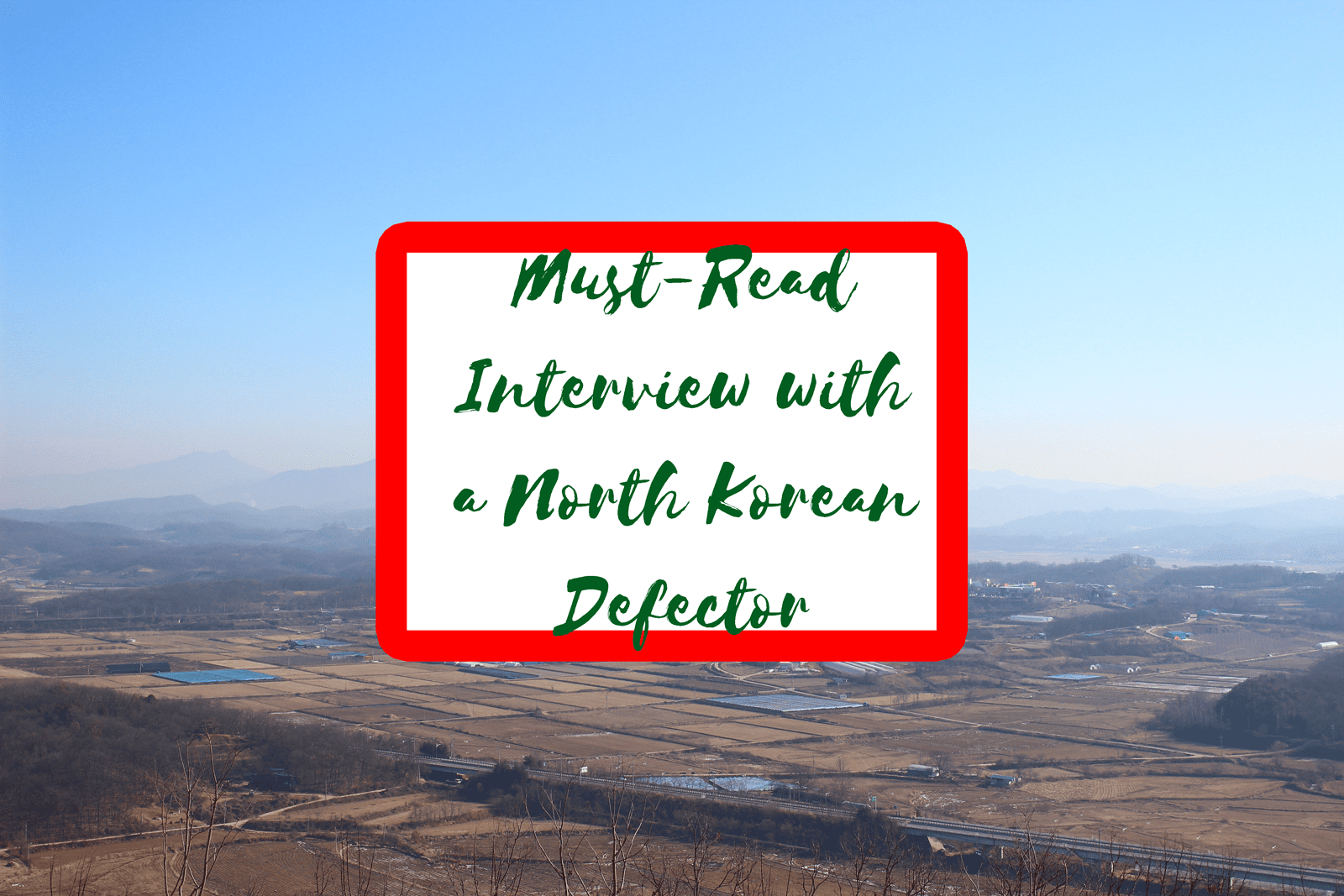 19 Jan The Story of a North Korean Defector: A Surprising Interview about the Secretive Country

Posted at 12:25h in Asia, Interviews, North Korea by Adventuring with Shannon 4 Comments

North Korea is such a closed off and secretive country. However, I had the opportunity recently to actually speak with and interview an North Korean Defector. At the DMZ border (“Demilitarized” Zone between North and South Korea), I met a man who was a North Korean defector. I find defector to be a kind word since those who attempt to defect and are caught, are killed. I was told by his friend that he would go to the DMZ occasionally so that he could have a chance to go look out onto North Korea, where his family remained. As I saw him staring off into the distance of what used to be his home country, I wanted to ask him so many questions. What was life like there? Why did you leave? What did you leave behind?

So I did. He was an amazing man with an amazing story. I had to the opportunity to ask him questions. If you have ever wondered what life is like in North Korea, keep reading.

Notice: Many specific details of his story I have chosen to leave out for anonymity’s sake for the safety of him and his family.

Notice #2: Many of these questions have short responses because the conversation was either completed through google translate or through an interpreter.

Interview with the North Korean Defector

How did you feel about living in North Korea?

I was not happy.

Do you miss anything about living in North Korea

I miss my wife and kids. I also think that North Korean people care more about their neighbors because they depend on each other. In South Korea, it is more capitalistic, and people don’t seem to care about each other as much.

Did you have electricity in North Korea?

No we did not. We didn’t have heat either. One of the things I love about South Korea is that I can use electricity whenever I want.

What was your job?

I was a soldier for over 15 years and then I became a business man and trader. I was able to leave the country and go to China on trading business for North Korea. Later, I became a broker and helped other North Koreans defect to South Korea. As I broker, I would help fund and plan the escape of different people who would then pay me back once they reached safety.

Why did you leave?

I was not happy there. The government found out that I had been helping other North Koreans defect. I knew that if I was caught, I would be killed. So I fled.

Would you still have defected if North Korea hadn’t found out about your job?

Maybe if I wasn’t in trouble I would have stayed because my family was there. But I had always wanted to leave.

We mostly ate corn and there were food shortages all of the time.

How did people feel about the North Korean Government?

Many people were unhappy. There was secret talk amongst some of rebellion, and very few people believed the propaganda that North Korea constantly used.

It took me three months. I had to travel through many countries switching from broker to broker who could give me safe passage in each country. Once you reach Thailand, that is a safe zone. They have refugee camps there. Laos and China are not safe. As a defector, you always carry a knife in case you are caught. If you are caught, you must make the decision whether or not to kill yourself or the person who caught you because returning to North Korea is not an option.

What do people in North Korea know about the rest of the world?

There are only two groups of people who actually know what the rest of the world is like: Those who do business with China and Russia, and the families of defectors who have been able to contact them through brokers. However, even if they know about the outside world, they cannot talk to others about it because they cannot trust anyone, including their wife and children. Even though people hear about the world outside, many don’t believe everything they hear because it seems impossible. I had heard a lot about South Korea, but I didn’t truly believe it until he saw it for myself.

Do you trust what Kim Jong Un is saying about peace?

Did you know I actually planned my entire Iceland